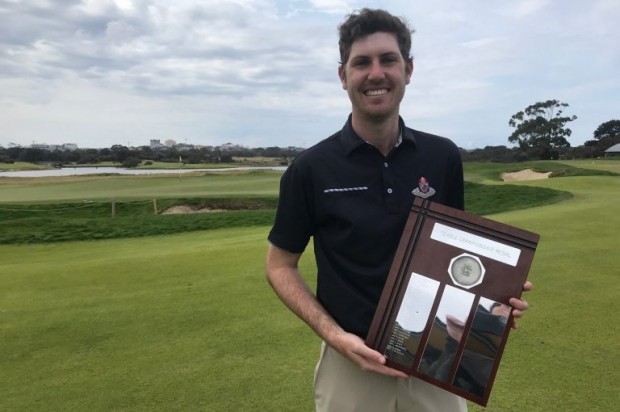 Types of lessons offered by Charles include:

In 2013, Charles was awarded NSW/ACT PGA Teaching Professional of the Year!

Charles has continued his education in the game and has acheived the following:

In the short period of time coaching, Charles has achieved amazing results with his students.

Once arriving to The Lakes in 2014, Charles achieved a remarkable achievement in one year where students won the following:

Charles has assisted many of his golfers achieve their lowest ever handicap and lowest ever score, some examples include:

Charles has appeared at 3 Australian Open’s with Professional, Rohan Blizard who had his best finish in 17th position in 2015. Rohan also went on to win on the PGA China Tour in 2016 along with a runner up finish in the NSW Open in 2015, including a course record -10 under par round. Charles is a mentor to 5 PGA Trainee Professionals within the Australian PGA Program.

Working with all levels of golfers and age groups, Charles runs successful Ladies and Junior Programs encouraging the growth of the game.

Charles has a strong team around him to help you get the most of your game and body. This includes physiotherapists, chiropractors, fitness trainers, strength and conditioning trainers, and a mental coach.

Charles is very passionate about assisting golfers of all levels to achieve the results they seek and understands each person is unique and has a different style of learning. As an effective coach, Charles insists on understanding his students’ strengths and identifying areas for improvement so that he can provide a tailored and successful lesson. This assists each golfer to self-assess and be self-aware when practicing and playing on the course without second guessing themselves. Charles believes good communication between a player and a coach is essential in achieving success.

Charles has strong skill set to help players improve in areas that include:

Charles will help you with unique goal setting programs to help you stay focused on your progress. If you want to improve your game and maximise your potential, we recommend that you book in for a lesson with Charles Kares.

Let Charles’ passion for the game improve your skill and enjoyment on the course!

As an ambassador for the international brand Mizuno Golf, a testament to his excellence in achieving superior Club Fitting, Charles will ensure you are fitted with the correct setup for your game by employing the brand(s) most suitable to your requirements.